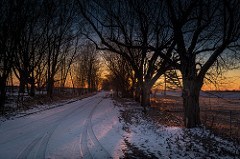 Once all of these requirements have been met, the driver can then ask the DMV to reinstate his/her license.

In many cases, a driver's privilege to drive has been suspended because of unpaid court costs. In many courts throughout the Commonwealth, the clerk's office will allow the driver to get on a payment plan. Once on a payment plan, this generally will satisfy the DMV's requirement that your court costs be paid in full prior to your ability to have your license reinstated. § 46.2-395(B),(C).

Interest begins to accrue against driver's whose license has been suspended for unpaid court costs within 40 days from the date of judgment at a rate of 6%. § 6.2-302.

Here is the list of offenses for which the $145 reinstatement fee is required:

The $175 fee is required if petitioning after suspension due to the following offenses:

The $220 fee is required if petitioning after suspension due to the following offenses:

Restricted licenses are not available: