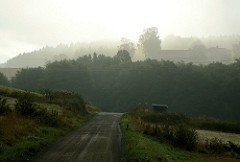 Cases Set Based on the Officer's Schedule

Cases in general district court are generally set based on the officer's court date. In most courts each officer will have a court date once a month, but this can vary greatly from court to court. Some state

troopers only appear in more rural counties once every few months. This means that you do not decide the specific date the hearing is to be held, it is based on the officer's schedule. However, if you will be unable to come to court on the officer's next available court date, you may be able to have the case set to the officer's following court date. Typically, this depends on the reason you will not be available.

If you have already requested a continuance, but would like another, in most courts in Virginia, you are not entitled to that second automatic continuance. Generally, you will need to go before the court to ask the judge for another continuance. Certain instances qualify by statute as grounds for a continuance, such as newly discovered evidence, or a subpoenaed witness who does not appear.

In cases involving the possibility of jail time if you were appointed new counsel at the last minute that would also be grounds for a continuance. Non statutory based requests for a continuance in traffic court may be to have a speedometer calibration performed, decision to hire a lawyer at the last minute (some judges may be irritated you haven't already taken care of this), and medical issues.

Continuing your case can have strategic advantages. It is not uncommon for a traffic lawyer to check the timing of the calibration of the officer's tuning forks before trial, and to ask the officer about what occurred in your case. If it turns out that the officer's version of events varies significantly from what you told your attorney, your lawyer may need to continue the case to a later date to better prepared for trial. Therefore, if you plan on hiring a lawyer or even if you plan on representing yourself, it is always a good idea to be judicious in your requests for continuances.