A very common concern among drivers charged with reckless driving in Virginia is whether they will lose their license if convicted. There are two main ways that a driver may lose his license due to a reckless driving conviction. One way is a license suspension imposed by the judge in your case. The other way is a suspension by the DMV due to excessive points against your license. The former is much more common 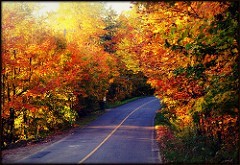 than the latter, but for some drivers with bad driving records, the latter does become an issue. For CDL disqualifications, see my page here on this issue.

License Suspension by the Court

Will Vary From Court to Court

Just like fines and jail time, whether you ultimately receive a license suspension will depend on the local court's policies.

Suspension for Reckless Driving Over 90

In some reckless driving cases where there is a serious accident involved judges will suspend the driver's license.

Some judges will look to the driver's driving record as a way to determine if his license should be suspended. In some courts, even if the case was not a high speed reckless driving case the judge will still suspend the driver's license if he has a poor driving record.

With a few exceptions, the most time a judge may suspend a driver's license is 6 months.

Suspension for Reckless Driving Based on Racing

If a driver is convicted of reckless driving based on racing, the racing statute requires the judge to suspend the driver's license for a period of not less than six months nor more than two years.

License Suspension for Out of State Drivers

This is one of the most common and difficult issues to address with drivers from out of state. The judge does not have the authority to suspend an out of state license. However, he does have the authority to suspend the driver's privilege to drive in VA. If your state is one of the 44 states that are a member of the driver's license compact, a VA suspension may result in your state reciprocating and suspending your license in your home state. See my post here for more information.

License Suspension by the DMV

Reckless driving in Virginia is a 6 point violation. For drivers who have recently accumulated a substantial amount of points this may result in a suspension of their license by the VA DMV. See my page on license suspensions by the DMV here for specifics on this issue.

Restricted License for Out of State Drivers

This is a complicated issue, and needs to be discussed with a traffic attorney in the jurisdiction where you received your ticket.